The Top 10 Original Equipment Manufacturers (OEMs) that were early adopters of rFpro technology have already launched road cars which started their development, not on a test track, but in a virtual environment using rFpro.  By optimising the vehicle’s design before a physical prototype existed, the OEMs significantly reduced cost and time delays during the engineering process.

rFpro is being used to train, test and validate Supervised Learning systems for ADAS and Autonomous applications. rFpro’s weather and physically modelled atmosphere, delivering real-time reflections, shadows and lighting mean rFpro can save years from your ADAS, sensor and autonomous development projects.

A unique feature of rFpro, compared to traditional driving simulation solutions, is that it allows driving simulation to be used to test the vehicle dynamics of road vehicles.  By delivering a high resolution road surface in real time, while generating accurate, realistic graphics without lag, professional test drivers may contribute to the engineering process while the car design is still model-based.

This is also critical for the testing of ADAS and Autonomous Vehicles, where the behaviour of the vehicle being simulated must correlate closely with the real-world version of the vehicle.  rFpro’s accurately modelled digital twins ensure that the virtual sensors, such as cameras and LiDAR, are subject to heave, pitch and roll as the simulated vehicle drives over accurately replicated bumps in the road and also while braking and cornering.

Several studies have estimated the number of kilometres that must be driven to prove the safety of an autonomous vehicle. The estimates vary as to how many billions of kilometres must be driven, but what is consistent is that the number of km’s testing required is simply too great, too slow and too expensive if it is completed on roads. rFpro can test, and prove safety, quicker and more effectively. Thousand-year ‘5-sigma’ events can be tested every second, and simulation will form part of the regulatory framework for AVs.

When you are ready to start testing with a real human driver, A driving simulator or engineering workstation using rFpro’s simulation software allows you to conduct testing and calibration with your professional test drivers and engineers without the delays and cost associated with waiting for the testing of real cars or prototypes.

The saving in risk and cost can be significant and we have seen full scale systems pay for themselves on the first virtual test project.

A driving simulator running rFpro allows you to test changes, with a human driver, earlier in the design cycle than would otherwise be possible when relying on testing real prototypes and test vehicles.

The earlier that you can identify changes, through simulated testing in rFpro, the less costly those changes are to implement.

Making changes while the engineering process is still largely model-based is relatively inexpensive compared to the cost of making changes to a real vehicle, once you have reached the physical prototype stage.

rFpro is being used to train supervised learning systems, to test and validate SAE Levels 4 and 5 autonomous vehicles and to develop and test ADAS systems and sensor models.

Claytex are in the news

“rFpro has a proactive and flexible approach as a supplier, always looking to improve their services to satisfy the customer’s needs.

Through rFpro’s Data Farming we can create an extensive number of driving scenarios, allowing the generation of very large variations in scenes, all through the investment in a single platform. This allows us to quickly and cost-effectively generate the vast quantity of quality training data that is essential for certain product development phases of computer vision technologies, especially for neural networks for our autonomous vehicle technologies.” 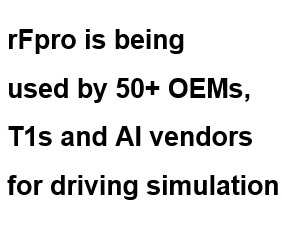 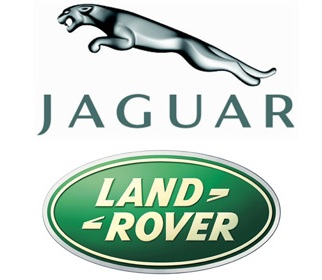